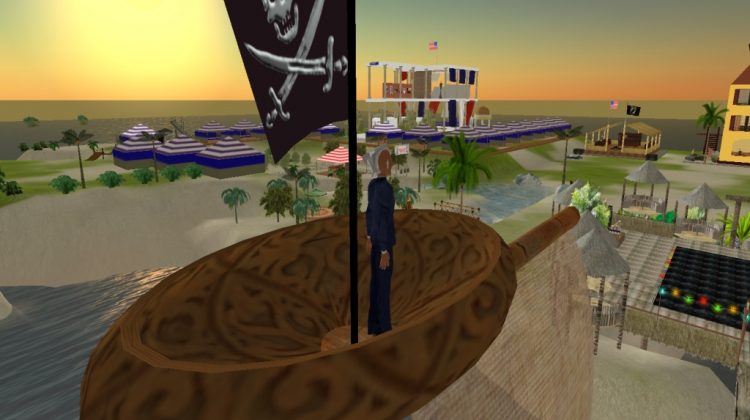 If you’ve been exposed to any recent media hype surrounding Second Life, you may have concluded that Linden Lab’s virtual world is an unstoppable force.

Second Life signups have accelerated to nearly half a million per month. Linden founder Philip Rosedale seems to be everywhere at once (although that may just be his Avatar). And SL celebrity Anshe Chung has become a household name (at least for readers of Business Week).

With so much momentum and positive press, what could possibly go wrong?

Oh, I don’t know, maybe something like a Federal investigation into online gambling in virtual casinos.

Of all of the vices in the Metaverse, some translate better than others. Virtual drugs don’t work particularly well — unless you count Second Life itself as a drug. On the other hand, virtual prostitution, as creepy as it seems, apparently works for a few people who can get past the possibility that their virtual playmate might actually be a grizzled construction worker in Peoria.

Virtual gambling, on the other hand, is a perfect match for this virtual world.

Online gambling is a well-established industry. However, for many, the added social element of a virtual reality world is a significant improvement over watching 2-D cards dealt onto a flat green poker table. 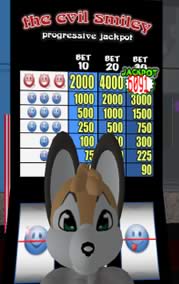 The problem, of course, is that online gambling is currently illegal in the United States. So while it’s true that many Second Life inhabitants live outside of the US, the servers that run Second Life live in the US. Furthermore, Linden Lab is a US corporation bound by US laws.

Gambling in Second Life has recently come to the attention of the FBI, and agents have begun looking into virtual casinos to determine whether any laws are being broken. Linden claims to have invited the agency to look around, and the company is awaiting guidance from the US Attorney’s office.

It’s common sense that if gambling on the Internet is illegal in the US, gambling in Second Life must also be illegal. Yet, astonishingly, many Second Life supporters speculate that nothing illegal is taking place. Setting aside the question of whether or not online gambling *should* be legal in the US, some have rationalized that gambling in Second Life is not illegal because gamblers are not betting real money. Furthermore, they argue that virtual casinos are only “simulated” gambling.

Linden’s attorney, Ginsu Linden, has publicly stated: “We are not in the business of playing coy with laws that apply to us.”

Unfortunately, Ginsu’s arguments sound sort of coy. Ginsu claims that “the casinos aren’t real,” but even if they are real, “we’re merely providing a platform for a simulated 3D world.”

But there’s more to this line of defense. Ginsu also argues that Linden’s currency- the foundation of Second Life’s much-hyped economy– has no intrinsic value.

Linden Dollars are not money, they are neither funds nor credit for funds. Linden Dollars represent a limited license right to use a feature of the simulated environment. Linden Lab does not offer any right of redemption for any sum of money, or any other guarantee of monetary value, for Linden Dollars.

Is Linden’s General Counsel unaware that the company operates the Linden Currency Exchange? And that said exchange converts funds between Linden’s virtual currency and the very real-world US currency — to the tune of hundreds of thousands of US dollars per day?!

A recent commentary by law professor Anita Ramasastry calls into question nearly every point that Linden has used to rationalize the legality of gambling in Second Life.

I’ve read through many of the defenses on behalf of gambling in Second Life. My verdict is that some “residents” here have fallen so far down the virtual rabbit hole they may never return.

Here’s a “Vice Cheat Sheet” for the virtually bewildered: Virtual prostitution is “simulated” sex. Virtual casinos are real gambling where real players lose real money. That’s money they can no longer spend in the real world.

Q: What happens when virtual G-Men kick down the virtual casino doors and shout, “THIS IS A RAID!”?

A: The gamblers will quickly teleport home, and the casino operator deletes the building.

The Second Life vice squad faces some unique challenges that don’t exist in the real world. For example, unlike the web, there’s no easily accessible cache of Second Life builds that authorities can reference to determine where the casinos are (or were).

On the other hand, if the feds are actively investigating illegal gambling, they’re likely building their case at this very moment, recording Second Life chats, and photographing evidence of gambling activity in the virtual world.

Meanwhile, Linden is making moves to attempt to minimize its potential liability. In addition to asking the Feds to provide guidance on the issue, the company recently changed its in-world advertising policy. Linden now prohibits ads for “simulated” casino activity. It’s almost as if Linden isn’t convinced that these “simulated” casinos are legal.

Linden’s casino-operating customers are getting creative by taking steps that aren’t likely to impress the Feds. At least one casino owner moved his establishment to an “offshore” island. Visitors are greeted by a casino employee and asked to identify their country of origin. Anyone who says they’re from the US is turned away. The problem is that Casino Island exists on a server located in California — which, of course, is not offshore from the US mainland. There may be no better illustration of just how out of touch some Second Life residents have become.

So, what should Linden do about its gambling problem? For one, they need to acknowledge that they have some degree of control over their creation. Their claim that they can’t locate or monitor user activity is simply unbelievable. In the past couple of weeks, a startup called the Electric Sheep Company launched an in-world search engine that crawls the virtual landscape of Second Life, looking for objects for sale. The results are indexed in a new search engine that anyone can use to find virtual products. If a third-party developer can crawl Second Life in such a comprehensive manner, then Linden can undoubtedly figure out who’s running a casino. They could start by using the in-world search engine the same way any Second Life gambler would.

Beyond that, Linden might consider following the lead of firms like Cryptologic, a leading online gaming software producer. That company recently moved its US operation to Dublin (in Ireland, not Second Life). Since online gamblers seem to be drawn to the interactivity of Second Life, Linden might as well create an offshore corporation that produces a scaled-down version of their virtual world for use by legitimate online casinos. Legal online gambling is a huge potential market, and it’s only a matter of time before someone does something like this. It might as well be Linden.

An approach like this combines the best of both worlds. Linden can embrace the gambling aspect of their business without putting their main world at risk. The overall user experience of Second Life would likely improve as the casinos, which typically add to lag and slow down the overall performance of neighborhoods, would be eliminated. Second Life residents who wish to gamble can sign up for a Linden-powered virtual casino (providing they live outside of the US).

One way or another, it seems likely that unregulated gambling in Second Life can’t go on forever. The question that Second Life residents should be asking right now is, “what sort of impact will this have on our world?”. Suppose Linden manages to comply in a manner that satisfies the Feds. In that case, they can probably minimize damage to their business — at the expense of losing business that would otherwise have come from casino-related activities. On the other hand, if they continue to insist that casinos are only gambling “simulations,” it’s possible that any action taken by the US government could be disruptive to their entire business.

Whatever path Linden takes will indicate whether anyone in charge at the company still has a firm grasp of the real world.