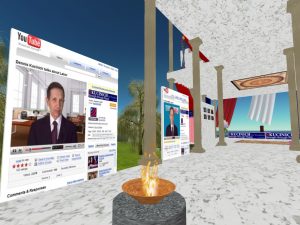 It's hard to say anything bad about Dennis Kucinich. It has been scientifically proven that he's the one presidential candidate that Americans agree with on nearly every major issue. And then there's his wife, Elizabeth. If Kucinich is good enough for her, then he's good enough for America. Still, I have my doubts about where the Kucinich campaign is heading with its recent … END_OF_DOCUMENT_TOKEN_TO_BE_REPLACED 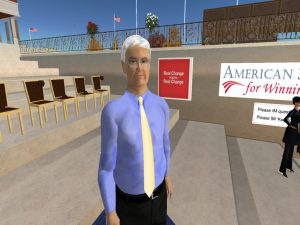 When Newt Gingrich strolled up to the podium on the steps of the virtual Capitol Hill last week, it was almost like any other Washington press event. The differences were subtle but noticeable to the trained eye: Gingrich looked 30 pounds lighter, protesters were levitating fifty feet above the ground, and the audience was just a tad bit furrier than the typical beltway … END_OF_DOCUMENT_TOKEN_TO_BE_REPLACED 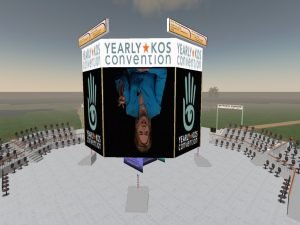 Editor's Note: The YearlyKos convention in Chicago this past weekend was a significant milestone in the history of the liberal blogosphere. The event confirmed the ascendancy of bloggers as a serious political force. All seven of the Democratic Party candidates attended to woo progressive voters. As part of our ongoing effort to bring Medialoper readers the latest news about … END_OF_DOCUMENT_TOKEN_TO_BE_REPLACED 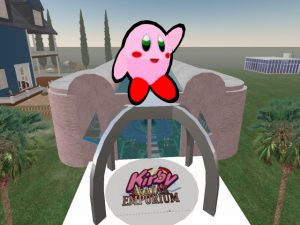 As political scandals go, this one was odd, even by Second Life standards. Gaming blogs were buzzing last week with reports of a bizarre incident involving the staff member of a US Senator who (allegedly in a drunken rage) used a plot of Second Life land to stage a protest against a fluffy pink video game character. Early accounts of the incident raised more questions than … END_OF_DOCUMENT_TOKEN_TO_BE_REPLACED 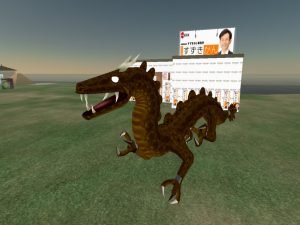 I always think of Japan as a technological utopia -- a world populated by super-cool robots and ultra-high-tech gadgets. Over 85 million Japanese citizens are on the net, and Japan's mobile phones make the iPhone look like a cheap toy. Given that Japan has one of the most wired populations in the world, you would expect that its politicians would be using the latest … END_OF_DOCUMENT_TOKEN_TO_BE_REPLACED